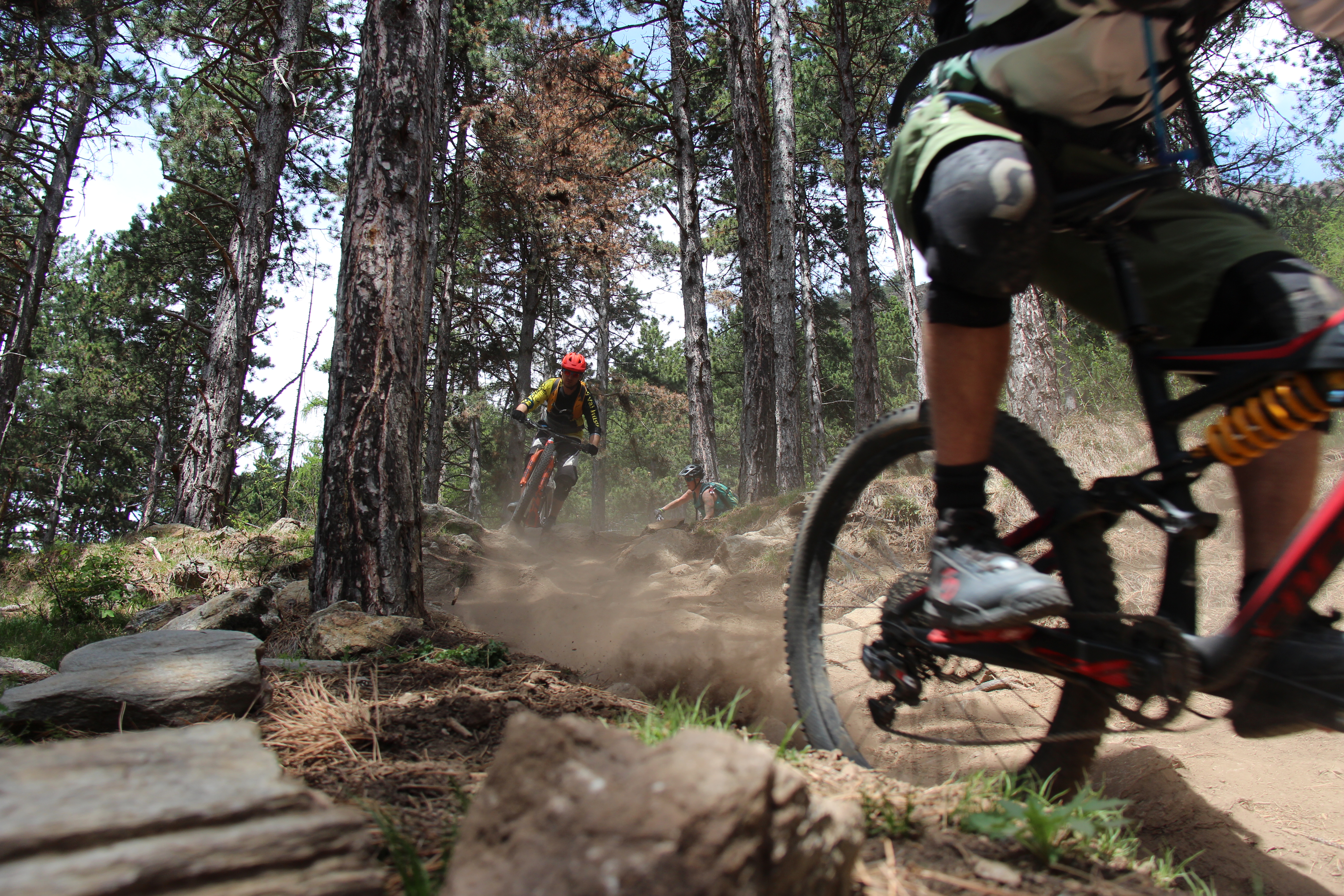 It was the first official adventure of Ride La Val. Nine gals and guys from Val Müstair organized the first #shuttleit to explore the dusty trails in the upper Vinschgau…

From Crosscountry riders, enduro girlies up to Downhill addicts on hardtails… it was a very diverse group which met early Saturday morning in front of the Bike Patcher in Müstair. Quickly smashing a little bread role for breakfast and everybody was ready to take the shuttle of «Romex» over the boarder and up into the steep hills of southern Tyrol. The first drive didn’t take long – already above Eyrs we got dumped at the top of the first track. Don’t know if it was the dusty tracks or the fact that some of the riders stayed a bit too long at the Lederhosen party the night before: You could hear a constant giggle, some «Whuuuus» and «Whoooooos» and every now and then a corner came up suprisingly fast and caught some by surprise. 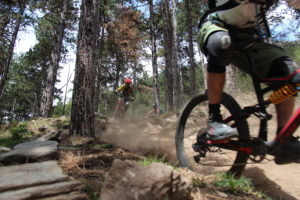 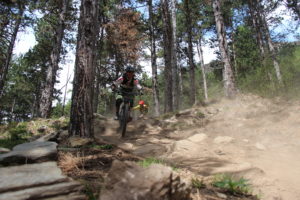 Everyone managed to more or less stay on there bikes and were suprisingly fast: We definately beat the shuttle on the way down! 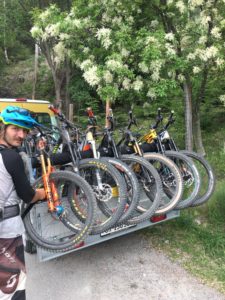 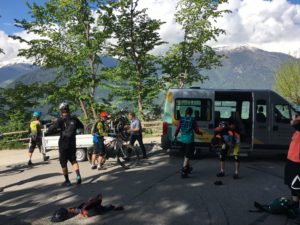 Lock’n’load and so we were already on the way to the next trail – the secret favorite one of some of the riders – to the Holy Hansen. Also here you could hear the laughter and the giggles of the group from far away and all we left behind was a big cloud of dust. At this point the dust free pole position vas very popular – in the back rows there was a lot of blinking, coughing and laughing going on. 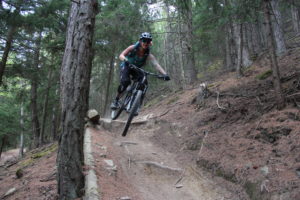 The same game on the Propain-Trail, which we managed to squeeze in before lunch. Also the bikes seemed to ask for a break: one of them was repeatadly getting a flat and another one was being stuborn with a blocking chain. Luckily we had two bike mechanics on board.

For lunch we then fueled up with tasty Kebab, Lady- and other burgers and sh*** loads of chippies. Our bodies are temples and we treat them accordingly! No wonder everyone was in food coma on the shuttle after lunch. The noisy bunch suddenly turned into a sleepy bunch and the wake up call on the very rocky and shaky «Chili-Trail» was a hard one. No matter if on a hardtail or on a full sus – definatly after the first rockgarden everyone was awake again.

But that was not the end. We can handle another one, was the call of most and so «Romex», drove us a second time up above Eyrs. But instead of riding down to Laas like in the morning, we took a secret trail down to Spondinig. A last final descent though fields and woods and before the group could realize, the day had already come to its end. Time flies when you’re having fun and so they were already on their way back to Müstair where they finished the day with a Post-Shred-Beer or -Shandy.

What a rad day!